My first exposure to self help business books was in 1995 when I borrowed an audio cassette (it was 1995 after all) series called Self-Esteem and Peak Performance by Jack Canfield, of Chicken Soup for the Soul fame. He discussed many concepts that are now standard self help fare.


I had forgotten about Jack until I received an email last week from Steve Harrison, a marketer who is partnering with him on a “how to get published and sell tonnes of books” program. I watched a few promotional videos and Jack is the same likable and knowledgeable guy. 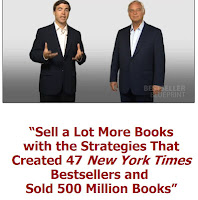 He shared a few tips that I remember from his earlier program. The one that stands out is visualization. This is a technique of forming a positive mental image of a goal being achieved. An Olympic swimmer might visualize touching the pool wall before his competitors or a home renovator visualize her fully furnished new kitchen. The theory states that when you can see your desired outcome you will both consciously and unconsciously take actions that will move you toward that goal.


Since visualization has helped me in the past I thought I would try it with my book. I chose to visualize the cover because it’s the most powerful image of the final product. After studying recent business book covers I decided on the following design principles: 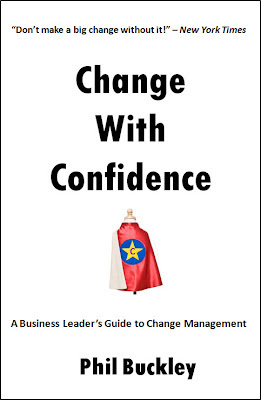 It felt strange creating a cover for a book that has not yet been published. It also felt good. Like all things creative, it was fun too. I hope the New York Times doesn’t mind my unauthorized use of their brand on my unauthorized cover.


What have been the benefits of visualizing my book’s cover? It has become a mental hub for all elements of my book, including content, format, tone, and benefits, which helps me discuss them as a cohesive whole. It also has made my book more real and complete, which is a very motivating. And it’s been exciting, which suggest that there is more excitement to come!