I was talking with someone who was going through a large change at her organization. She described the communication materials that had been developed to build awareness about the change. It was important to explain why the change was necessary and what was going to be new for employees.
I asked, “Did people understand the communication?” She said, “Yes.” I then asked, “How do you know?” 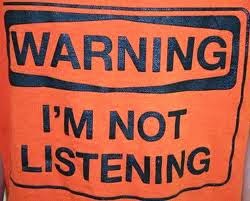 Often, project teams focus their efforts on building and executing change plans without thinking about how they will test if their activities achieved what they were intended to do.

For this project, checking online access to presentations would confirm if people actually viewed the communication. Also, asking a few people about what they learned would provide a proxy for levels of awareness. A couple of simple questions such as “Why are we making the change?” and “What is the change about?” is all that is needed.

Not investing in validating understanding can have disastrous consequences such as people not adopting new ways of working because they don’t make sense or not knowing the benefits that the change will provide and therefore not ensuring they are realized.

One of the biggest mistakes I made in my career was not confirming that a supplier had trained its people on how a large systems change would alter processes.
We had developed a rock solid validation plan for all colleagues but neglected to include employees from third-party providers who were acting on the behalf of the company.

I had asked the transition lead for this group if the training had been successfully delivered. The person said yes and I left it at that. Most of the training had not been shared with the company. Like most mistakes made during big changes, mine cost time, money and credibility. This was a lesson I have not had to learn twice.

Here are some tips on how to assess what people know about a change and their role in making it successful:

It is easy to assume that people understand what you have communicated to them, especially when you are working on the project and know the details by heart. Testing your assumptions about what people know is one of the best ways to manage risk and avoid surprises.

How do you know if people understand a change initiative? Ask them.