← To Infinity and Beyond!
Things Are Going Well → 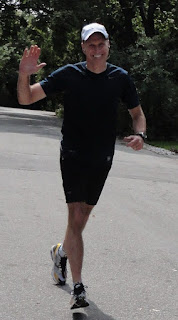 I was reminded the other day of a guest post I had written at Pivot Communication’s blog site about my habit of saying hello to strangers as I pass them. This practice extends to waving at fellow runners. No matter how many times I have done this, I haven’t been able to correlate the responses I received − smile, minimal acknowledgement, no expression at all or frown – based on traits of the people I was waving at − age, gender, etc. Why did some people respond positively and others not?

A few weeks after I wrote the post, Seth Godin wrote a blog post entitled Waving to Myself  where he suggests that when waving at people similar to ourselves, “we are not waving at the person. We’re waving to ourselves.” As an enthusiastic waver to fellow runners, I disagreed with his insight: I wave  to acknowledge their efforts and give them encouragement. After a few long runs and many waves, I realized that Seth was partially right. I was waving at people like me because we have something in common and that is what I was acknowledging. 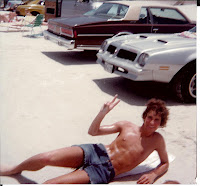 My first experience of acknowledging connections was on a trip to Florida when I was sixteen.  I was walking across a parking lot by the beach when I heard the song Roundabout, by Yes, playing on a car stereo. I was a huge fan of the band and excitedly approached the two guys in the car, saying “What a great song, aren’t they great?” They looked up at me for a second and resumed their conversation. As I made my retreat I heard the DJ announcing the song and realized that they hadn’t chosen to play it. Maybe they didn’t even like Yes. I was excited by my perceived connection.

Last Sunday, I continued my ‘wave at every runner’ pattern when a guy passed me. He was waving at every runner too and received the same random responses. I thought, “He would appreciate the gesture from me.” Maybe my readers will feel that way too.