← Approach a Computer Set Up Like a Change Project
It’s Good to Revisit the Past, Just Don’t Stay Too Long → 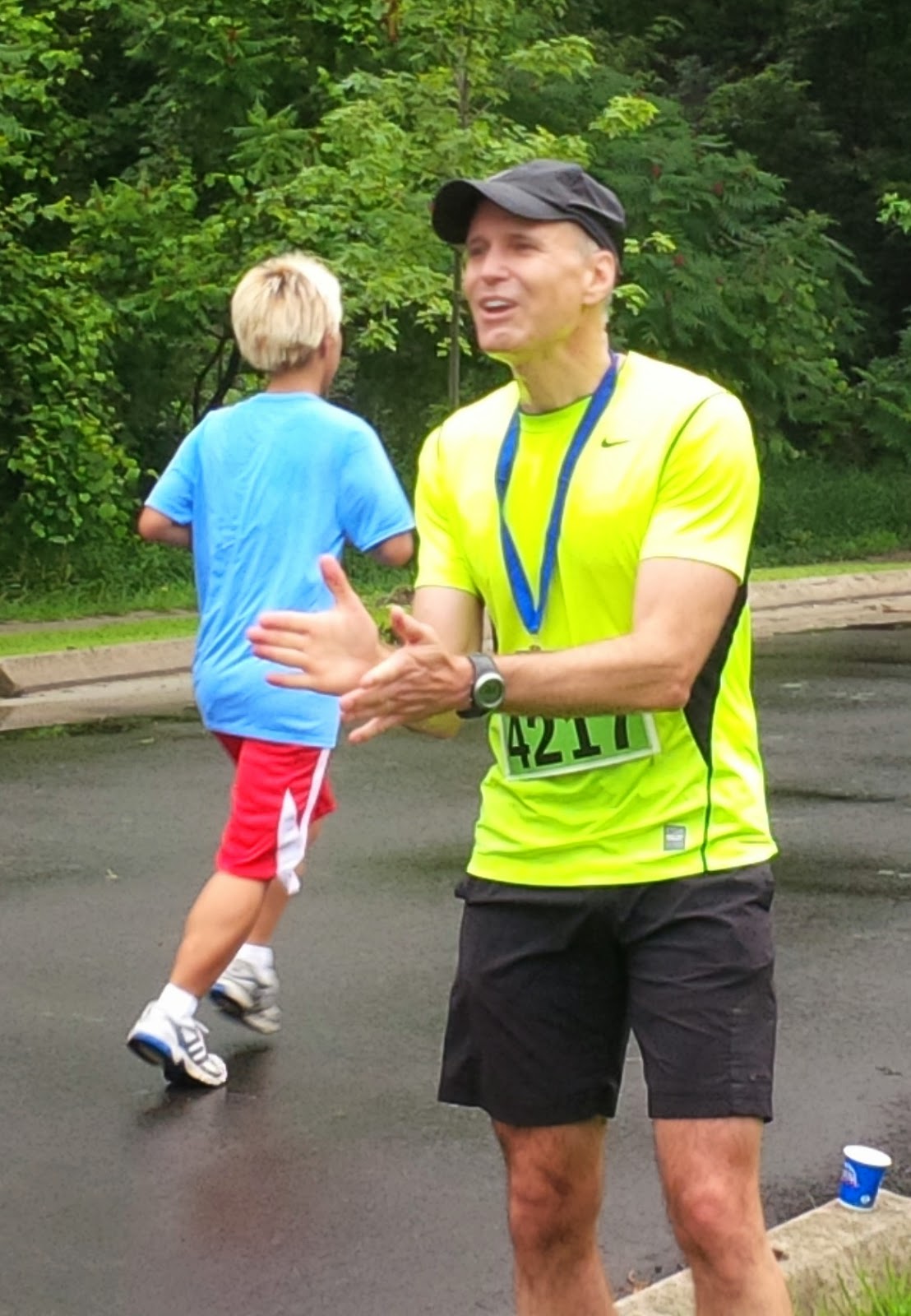 One of the best parts of participating in a charity run is the cheering on of others just before the finish line.

For runners, it’s a ‘so close yet so far’ experience. They can see the finish line, but it is still far away. Exhausted they draw upon every ounce of strength they can muster to achieve their goal. Thirty seconds is a long time when each one feels like an eternity.

This is when runners need the most support. Motivational phases like “you can do it” or “you are almost there” can help someone push through their pain to do their best.

Reactions from runners are varied. Some run past, oblivious to the well-wishes, others look at you but say nothing and others smile and say thanks. My favourite response is when someone speeds up, giving it their all.

Last Sunday, I saw an athletic man who was running with a backpack on. I said, “Your finish is going to be great.” He looked at me, smiled and blasted off to the finish line like an Olympian. Great stuff!

Midway through my cheers, I noticed a teenager behind me and to my side. He had joined in on the cheering.  His encouragements were more specific and better than mine. He said thinks like “start kicking your feet now” and “200 hundred metres to go.” Encouragement is like a compliment: the more specific the better.

Unfortunately, his calls were barely audible. I could hear him but the runners, many wearing headphones, couldn’t. Also, he was standing about six feet away from the path, out of the line of site of runners. He wasn’t noticed and his great encouragements didn’t have the impact he intended.

I asked him if he wanted to come closer to the runners, but he said no.

This happens so often in business, especially in organizations going through a lot of change. People are doing great work to support the change but it is not noticed. Sometimes the reason is cultural, where standing out, even if you have the right answer, is discouraged. Other times, people avoid being the focus of attention.  Either way, their work doesn’t have the impact that was intended.

Part of good change management is to catch people doing good things that are aligned with the direction the the organization has chosen. It is the change leader’s role to identify, recognize and reward these efforts so they positively impact the organization and advance the change.

You can be sure that I will be saying “start kicking your feet now” and “200 hundred metres to go” at my next race. Phil