Everyone has a fifth gear. When does yours kick in?

← How to Make Presentations that are Seen, Heard and Felt
What Got You Here Won’t Get You There →

Everyone has a fifth gear. When does yours kick in?

I realized I had a fifth gear in 1987 when I took three months off to travel Europe. It had been four years since graduating and I felt I wasn’t achieving my life goals. Traveling by backpack alone was one of my goals.

I had arrived in Brindisi, Italy to board a ferry to Santorini to meet some new friends. There was one more ship leaving before the port would be closed due to a general strike. If I missed it I would miss my friends. 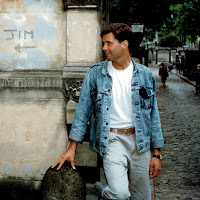 The ticket office was mayhem. I push my way (a new behaviour) to the counter and bought a ticket. With ticket in hand, I ran a half a mile with my heavy backpack to the ferry.  Exhausted, I presented my ticket to the attendant but something was wrong. My ticket hadn’t been stamped. No stamp to entry. My look of horror had no effect on the situation. With a shrug the guy started unwrapping the ropes holding the boat to the dock. They were about to set sail.

I hoisted my pack on my back and bolted back to the ticket station. It was blistering hot and humid and I was wearing a jean jacket. I was drenched. I ran up to the counter (most people were now on the boat) and waved my arms wildly in large “stamp my ticket now” motions. My look of horror didn’t speed up the process.

When I finally got my stamp I dashed out the door, more hunched than when I arrived. I had no energy left and there was a moment when stopping seemed like the only option. Suddenly,  my pace quickened. I was just as tired but energy surged through my body.

When I got to the boat it was inching away from the dock. The same guy that had sent me away was on board shaking his head. I flung my pack through the air onto the deck. I then took a running jump and fell onto the deck. The guy started screaming but it was too late to eject me. I had made it.  It was great to see my friends. 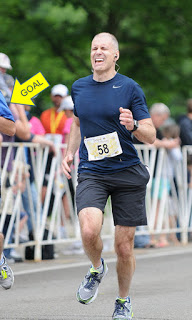 Since then, I have used my fifth gear many times, both personally and professionally. It can take the form of operating on little sleep  or attempting something I have never done before.
I also use my fifth gear in the same way that I found it: through running. No matter how tired I am in races I always bolt to the finish. In the last 400 metres, I will select a fellow runner to pass and then speed up. It’s never let me down and usually I pass my mark unless his fifth gear is faster than mine.
My fifth gear kicks in when the odds are steep and my resources are low. The trigger could be the realization that I need help, the thrill of the adventure, or the need to test that it’s still there. Whatever the motivation,it has always been there when I need it. It doesn’t always lead to success but it has made me more successful. That’s what counts.