Tweet
by adminon December 27, 2013 in Uncategorized tagged change, change with confidence, culture change, holiday traditions, phil buckley, save the bow with no comments

I had a flashback of my childhood when I was exchanging Christmas gifts with my friend. As he unwrapped his gift he said, “Save the bow.”

My mom said “save the bows” every year on Christmas morning.  Every time she said it we laughed and replied “save the bows, save the bows” as if our lives depended on it. A related tradition was feigning surprise when we opened a gift that didn’t have a reused bow on it attached with scotch tape.

A few days later, my brother, Steve, laughed when I instructed him to save the bow on his gift. It recalled memories of our family tradition and good times.
I realized how important these traditions are to people’s behaviour when I co-facilitated an innovation workshop on candy canes in 2003. It was a fascinating project where Mel and I explored Christmas traditions with a cross-functional North American team to develop new products ideas.
As participants shared their family traditions, someone said that his uncle always carved the turkey before their Christmas dinner. Mel asked who would carve the turkey if his uncle couldn’t. He immediately turned red, tensed his body and shouted out, “My uncle will always be there and he will always carve the turkey! That’s just the way it is.” 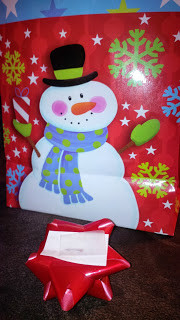 There are strong parallels between how holiday traditions and organizational cultures work. People act and behave according to pre-established, accepted patterns. They are likely to respond similarly to things in the future based on how they acted in the past, unless something changes that motivates them to change their behaviour.
An effective way to positively change people’s behaviour is to offer new behaviours that give something better than what the old one provided. As long as the new behaviour make sense, the benefits are clear, and it is easy to do, most people will try it. If not, they won’t.
It explains why that guy’s uncle most likely is still carving the turkey‒nobody does it better. It also explains why my family has stopped saving bows‒the scotch tape on used bows wasn’t strong enough to keep them attached and a package of twenty-five new bows only costs two dollars.

Our ‘save the bow’ tradition is now a memory of how things used to be and that’s for the better.