Running my first marathon was an incredible experience.  The best way to describe is captured in an email I sent just after the race:


At 2 miles my shin splint and vastus lateralis (upper thigh muscle) injuries resurfaced but they were less intense than before and manageable. At 9 miles I started getting intermittent ‘Charlie horse’ pains in each leg. By 12 miles I had full-on, non-stop Charlie horses. They were agonizing. I shortened my stride, which allowed me to keep going. The only time they subsided was during the walking parts of my 10 minute run & 1 minute walk rotations. At 15 miles both legs locked up and I had to walk like I was standing on stilts. I saw another runner doing squats so I did so while punching my legs to get them going. At 16 miles the tendon in my right leg started to spasm, pulling my toes under the sole of my foot. It was so bizarre, like I was running in a ballet stance or like one of those Looney Tune mice trying to sneak away. So painful. The last 6 miles were tough but no worse than the 6 before it, which I saw as a positive omen. My legs locked a few more times before my 100 metre finale. 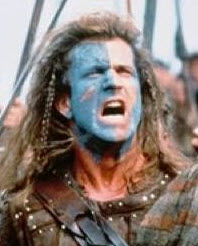 As I turned the last corner, the crowd spurred me on and I started running faster (from really slow). I looked at the sky and let out three Braveheart screams, fists pumping with each one. People started laughing and clapping and then my right leg locked again. I started hopping on it as it started to trail the rest of my body. It unlocked for the last 50 meters allowing me to run over the finish line.


Any experience provides learnings from things that went well and those that could have been better. Here are mine:

Parallels to My Book

I know I gave everything I had. As David Lee Roth said, “You do the best with what you’ve got.” My goal was to achieve one marathon and then focus on shorter distance races. After the race my plans remained unchanged.The next day, I mentioned to my wife Barb that maybe some day I would consider running another marathon. The day after that, we talked about the possibility of us both running a marathon in May 2012. The following day, I printed out a 29 week training schedule for a 4 hour, 4 minute and 25 second finish time. It starts on Monday.