← Learning from the Best – Part II
Is it worth a second thought? → 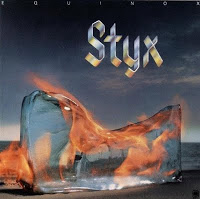 My friend Mel says there is a music analogy for everything in life. Over the years she has proven her insight by citing points in a band’s history, referencing song titles or quoting lines from lyrics. It’s incredible how this holds true, even for organizations that are going through significant change  to become better at what they do.

An example materialized as I was running last week. I had loaded my iPod with an old album that had been given to me but I had never listened to. It was the last album by the group Styx before they broke up in the mid-eighties.

My first exposure to Styx was in 1976 when they were the opening act for a group called Bad Company, of ‘Can’t Get Enough’ fame. Styx had just released their Equinox album, which included two radio hits – Lady and Lorelei. Their 45 minute live set was incredible and overshadowed the lead group, even though they weren’t allowed to play an encore, much to the crowd’s disappointment. They had a fresh sound that fit well within the progressive rock genre popular at the time and a stage presence that was electric. 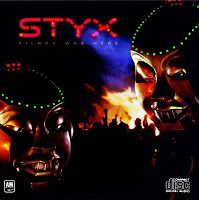 S Styx went on to release five more successful albums that expanded on their progressive sound. Their following and final album, ‘Kilroy Was Here,’ however, was quite different. The band members tried to move with the times by adopting a more ‘New Wave,’ dance-friendly format that was hot in the early eighties. While trying to capture the current sound of the day, they also tried to hold onto their sound of the past that had made them successful (change management lesson here). The blended songs didn’t sound like the new groups that were dominating the air waves or the old Styx. By having one foot in the past and one in the present, they didn’t have a cohesive sound, and therefore didn’t appeal to either group. The tensions created by this experiment contributed to the group breaking up the following year.

This phenomenon happens often with large change initiatives. The desire to move forward and stay the same leads to disappointing business outcomes, confusion around strategic direction, and concern over leadership capabilities. Recovering from this situation usually takes a new leadership team to reset the course and rekindle colleagues’ engagement to follow it.

Bold strategic moves can redefine an organization’s position in the market and unlock new opportunities for growth. This is what Charles Hardy referred to as achieving the ‘second curve’ in his book ‘The Empty Raincoat’. Attempts to do so while keeping hold of current platforms or ways of working typically end in disappointment.

Styx reformed years later and are still on the concert circuit playing their ‘old,’ loved songs. They are more fortunate than most organizations that have tried to change and stay the same. They can choose to boldly go into the future or capitalize on a current niche market. They just can’t do both at the same time.