GM’s Assessment of Its Mishandled Ignition Switch Recalls: What About the Leaders? 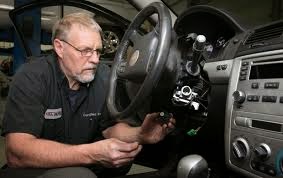 GM’s Assessment of Its Mishandled Ignition Switch Recalls: What About the Leaders?

Last week, GM announced the findings of an independent, company-sponsored probe into its failure to address defective parts that resulted in 13 deaths over 11 years. The technical problem was an ignition switch that could move to accessory positions while driving, causing the power to be cut and power steering, power brakes and airbags to stop working. The managerial problem was that no one fixed it.

The writers of the report principally blamed GM’s culture for enabling this tragedy.

Mary Barra, Chief Executive, communicated the investigation findings to all employees via video conference. She announced that 15 people had been fired for incompetence and negligence and 5 more had been disciplined because of their inaction. A new safety head had been hired into a more senior role than his predecessor and a new “Speak Up for Safety” program was being launched to encourage early reporting of safety issues.

Most of Mary’s comments focus on GM’s culture that enabled the shortfalls: “Fixing this is going to take more than getting rid of some people and moving boxes around on the org chart. This is going to require culture change and an ongoing vigilance.” Fair enough, but what does this mean? How will the leaders that have prospered in the current culture create a dramatically different one?

Here are my recommendations for GM leaders:

The most important recommendation is for leaders to acknowledge that they own GM’s culture and they created the old one through their actions and behaviours.

The report could have said that leaders take full accountability for the failure to recall dangerous cars. It would have been an excellent example of the new culture they are charged with creating.