I was surprised to read that a top ten Canadian law firm had closed down. The partners of Heenan Blaikie LLP had voted to dissolve their 40 year old firm of more than 550 lawyers. They chose to do so after recording a profit of $75 million on $222 million revenue in 2013. What would make them do that?

In the last week, Heenan Blaikie’s demise has been attributed to:

I found the last reason the most revealing and significant. How did a culture change contribute to closing a venerable law firm that had attracted former Prime Ministers (Trudeau and Chrétien) and other dignitaries to join as partners? To answer this question I had to understand the culture before and after it changed.

Heenan Blaikie LLP was formed in 1973 by three school friends. Their partnership was sealed by handshakes. As the firm grew, a people-first culture was built and maintained by the partners, led by Roy Heenan. “We had a happy firm where people liked each other. We didn’t try to be the highest-paid firm but the happiest firm in the country.” John Craig, who joining in 2001, described the firm as “a really great place to work. It wasn’t the stuffy Bay Street environment that people hear about.” Many partners described the culture as collegial and family-like.

In the last couple of years, there was more focus placed on M&A and financial business. Hiring practices also changed. One person observed that they were hiring for revenue versus cultural fit. “They were just taking on people to bring in a lot of money.”

Managers began scrutinizing and comparing practices, questioning billable hours versus lawyers employed. Matters became worse when some partners left for more money. Mark Power, a lawyer in the Ottawa office, said “The issue isn’t that Heenan Blaikie was not profitable; the issue seems to be that it was not profitable enough for some.”

Without a leader or a common vision of the future, squabbling, rivalries and power struggles heightened between the Toronto and Montreal offices. Accusations were made that offices weren’t contributing their fair share. As Roy Heenan summed it up, “There was no trust” and people weren’t working as a team. Once you start feeling that this isn’t a happy place, you go somewhere else.” 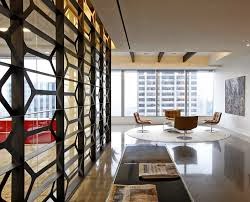 Marcel Aubut, partner and Canadian Olympic Committee President, joined another firm on Monday. “My team and I are joining an entrepreneurial and forward-thinking company, two important criteria that (match) my values.” He may not have had to if the values and culture at Heenan Blaikie had survived.

Small Things Aren’t So Small After All

Tweet
by adminon November 2, 2012 in change, change with confidence, culture, Halloween, writing a book with 4 Comments

You can tell a lot about a company’s culture and where it is headed by how it celebrates. This week I had the opportunity to experience a new organization celebrate Halloween. They celebrated it well. Here is what I saw and heard:

– Employees were invited to bring their children for “trick or treat”
– Parents got the opportunity to introduce their kids to their colleagues
– The emcee was fun and considerate about the children (“Let’s not clap too loudly in case it scares our little ones.”)
– There was audience-based voting for best costume contests
– Premium parking spots were raffled off to employees who were nominated by peers for being helpful
– People had a great time and were smiling a lot

In a meeting I was facilitating, someone noted that a company’s culture is defined by thousands of small things that shape how people feel about the company. Not long afterwards, a person came into the boardroom asking if she could take the team’s picture in costume. She wanted to add it to a recruitment brochure with the caption, “Do you want to work for a company like this?” Small things aren’t so small after all.