← Advice From the Big Chair
The Second Time Around → 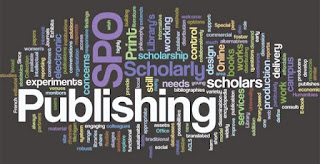 As I write the introduction and conclusion of my book, my mind is wandering to the next phase: getting published. It’s easy to get discouraged when reading facts about the book industry. Most statistics-based articles say “it’s really, really hard” and “don’t get your hopes up.” I can’t think of a better underdog challenge!

It takes optimism and tenacity (and skill) to achieve great things, so I will be ignoring  the following: 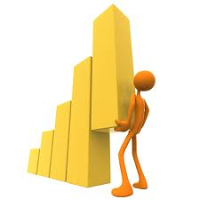 – Over one million books were published in 2009
– Amazon.com has 74,000 change management  and 640,000 change books
– In the first quarter of 2011, the number of print books sold in Canada dropped by 10.9 percent
– Book industry sales declined by 5 percent between 2007 and 2009 in the U.S.
– Less than 2 percent of published books are commercially viable
– 70 percent of books published do not earn back their advance
– 80 percent of book sales are controlled by five publishing conglomerates
– Out of 1.2 million books tracked by Nielsen Book Scan (as of 2004), 950,000 books sold fewer than 99 copies, and another 200,000 sold fewer than 1,000 copies
– The average U.S. non-fiction book sells less than 250 copies per year
– A book has less than 1 percent chance of being stocked in a bookstore 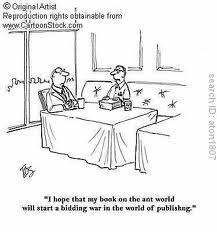 I know rejection is part of the process and that many successful authors have lived through it (Jack Canfield, William Faulkner, Stephen King, J.K. Rowling, Dr. Seuss…). So, like any goal in life, I’ll persevere until it is accomplished. But I am getting ahead of myself: first I need to finish my book so that I don’t become part of a “books that were never finished” statistic.